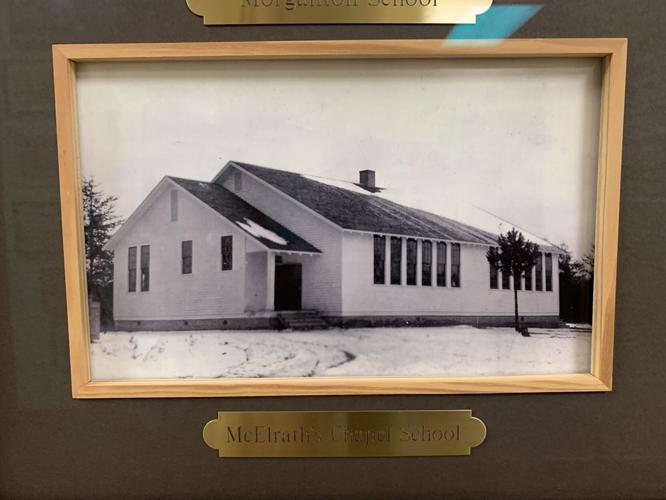 A photo held at the Burke County History Museum shows the former McElrath Chapel School, a school for African-American children during segregation.

The Historical Archives of the North Carolina Room of the Burke County Public Library has preserved a unique story passed down orally from generation to generation of the founding of McElrath Chapel AME Church.

An article printed in The herald of the news some time after 1961 and published in the book “History of African Americans in Burke County”, records the story told by Julia Chase Hastings, a relative of the McElrath family.

The story notes that the land on which the McElrath Chapel stands is located near what was once the McElrath Plantation in Morganton in a place called Silver Creek Valley. The plantation belonged to John J. McElrath.

The year 1849 found McElrath in great financial distress. He had “become surety” for a friend of his, meaning he had lent him money, but the friend was unable to repay it. McElrath was about $3,000 in debt and had to mortgage his plantation to stay afloat.

Then news came that gold had been discovered in California that year.

“The whole country was excited about the California Gold Rush and getting rich in the goldfields,” the story read. “Mr. McElrath, though in dire need of money, felt himself too old to undertake such an adventure. However, such a possibility was frequently discussed in the presence of the slaves, especially Jim, a favored and able young man in whom his master was trusted and sometimes depended on as an overseer of other slaves.